Patrick Geddes: by Living we Learn, by Creating we Think

Sir Patrick Geddes (1854-1932)
Pioneering town planner, biologist, botanist
and enlightened social thinker dubbed 'a Scottish genius'
Born in Ballater and went to school in Perth then studied
Zoology in London under TH Huxley then went on to become a
Lecturer at Edinburgh and Dundee University(1888 to 1919).
A Man for Our Times - The living legacy of Patrick Geddes on Vimeo
Patrick Geddes was the pioneering champion of a particular sort of inclusive, hands-on education and an important radical thinker about.....well, pretty much everything. And that's because his ideas, prompted by a biologist's understanding of the natural world, led him to see mankind in the widest possible context. For him, life was not merely a series of separately operating systems but a single interdependent whole, of which humans are only a part. Ecology and society, art and science, local and global, personal and political - to Geddes, these are two sides of the same coin and our ultimate welbeing and progress depend on grasping this.
The motto was more often used by Geddes in Latin: 'Vivendo Discimisus' (by living we learn) and 'Creando Pensamus' (by creating we think)
The sayings are thought to reflect his core ideas that learning should be rooted in real life experience and that the best original thinking is a creative process.

Geddes quickly established a reputation for the interdisciplinary quality of his lectures - one former student remembered that the topic "might quite as likely have been Ancient History or Fine Art or Political Economy, as a note about the structure or habits of one of the prescribed plants.
Patrick Geddes - Renascence Man on Vimeo

Patrick Geddes used gardens in his teaching and his teaching style was some what of a shock to students who had expected to copy notes down to be recited later.

Summer schools were implemented by Geddes and generalist approaches to knowledge where you could study biology one day then history another and art the next day. Could skill share become a skill summer school like this?

Here is an extract from Patrick Geddes' farewell lecture to his Dundee students which may shine some light on why we chose it:

How many people think twice about a leaf? Yet the leaf is the chief product and phenomenon of Life: this is a green world, with animals comparatively few and small, and all dependent upon the leaves. By leaves we live...... About Patrick Geddes - Main - The University of Dundee

In 1892 Geddes purchased the Edinburgh tower. He re-named it the Outlook Tower because he wanted to change people’s outlook. Geddes used the camera obscura to change the way people looked at life and the interaction between town and country. (was he an early interaction designer?)

Could I use my device to change the way people look at life and the interaction between mini biosphere and earth?

Geddes's most ambitious plan in Dundee was his proposal for a Botanic Garden at the west end of Magdalen Green. The plan was never realised, but the University's Botanic Garden eventually opened to the public further along Perth Road in 1971.

Although plans are in place to sell off the botanic gardens, this can't be allowed to happen. 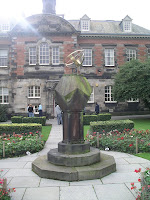 The Geddes Quadrangle at Dundee University 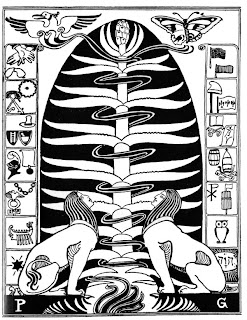 The Geddesian Tree of Life

"Geddes's writings, thinking's and ideas could be a starting point for a curriculum that you then understand what is our relationship with the planet, how does the world work?"
Sir Patrick Geddes Memorial Trust, Scotland
The Trust is a Registered Charity created in order to manage the Trust Funds and to apply the capital and income thereof for charitable and educational purposes and the promotion of Geddes' interests with like minded groups.
The Trustees in their profession and leisure activities, frequently pursue the objectives both formally and informally, and consider how they can do more to raise and resolve Geddes' issues in their widest activities.
Patrick Geddes
Welcome - Geddes Institute for Urban Research (University of Dundee)
Patrick Geddes - PS776 Class Project
Patrick Geddes Heritage Trail, Sir Patrick Geddes Memorial Trust, Scotland
Archives: Sir Patrick Geddes
Posted by MacGyvering at 07:21